In this spy thriller themed soccer game, type the correct letter in Morse Code to hit a target 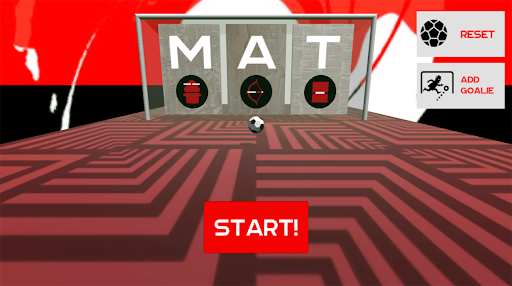 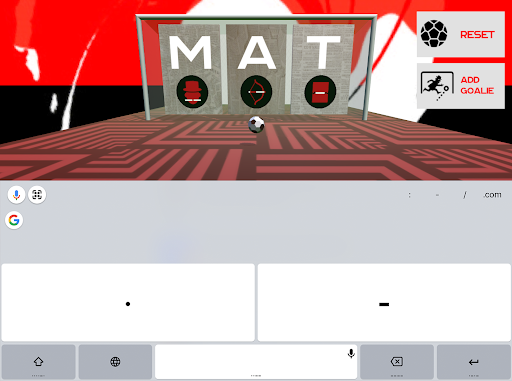 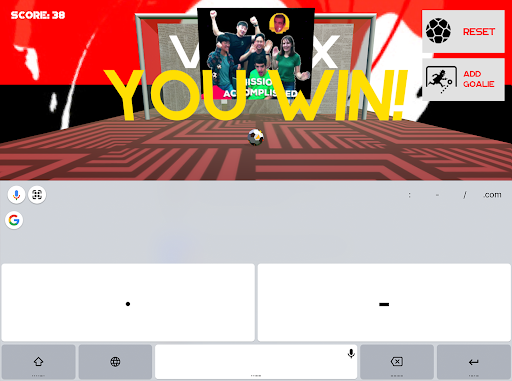 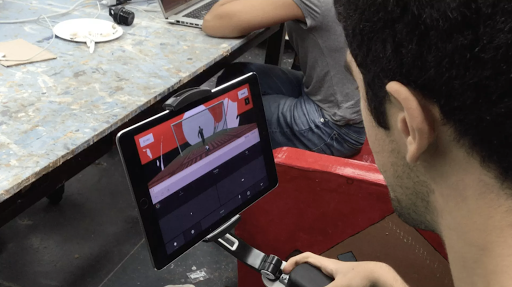 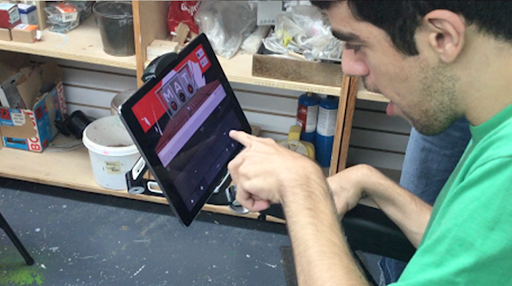 This experiment was created during a 3 day Morse Code Game Jam at the Adaptive Design Association.

Morse Striker is a spy thriller themed soccer game explicitly designed to help a client with limited accessibility to learn Morse code using Google's Gboard. We built Morse Striker working closely with our client from the very beginning to meet the specific needs and interests of the client.

Matthew wanted to play soccer on his iPad, and his favorite movies are spy thrillers. We combined the soccer game mechanics with the spy thriller theme to make this game specifically for Matthew. We developed this game with Unity since the goal of this game is to help Matthew learn Morse code naturally while playing soccer games on his iPad.

We brainstormed and sketched game concepts of foosball, penalty shootout, and corner kicking. Matthew preferred penalty kicks over the other concepts. As a reference, Matthew showed us a penalty shootout in a video soccer game that he loves to play on his iPad. In the game, the soccer ball moves to reflect the stroke of the player's swipe interaction. The goal post is divided into two sections, green and red, and the player must shoot to the green area to score.

We decided on the concept and designed the game mechanics. Matthew must type on the Gboard Morse code to shoot the ball. There are three blocks with different alphabets placed in the goalpost. Typing in the correct alphabets fires the ball towards the block with a matching alphabet and destroys it, reloading a new alphabet. He will learn the Morse code while playing the game. We are inspired by the Morse Typing Trainer for Gboard. The well-designed symbols in the webpage allow users to easily associate Morse code with alphabetical characters and memorize Morse code. To reduce the learning curve, we decided to show the letter and the symbol together. It helps Matthew guess the correct answers and learn Morse code without difficulty.

Each block in the goal post shows the designated letter and symbol. When Matthew destroys a block, a new block appears and displays a different alphabet and its symbol for Morse code. As each alphabet letters differ in Morse code input difficulty, a scoring system has been added –different points are given depending on the number of Morse code units. For example, entering an "E" in Morse code is as simple as using a single "dit" (·), so the score is low. However, Matthew gets more points when entering the letter "X" because he needs to type "dah-di-di-dah" (-··-). Giving him more rewards motivates him to learn better.

As this game is explicitly designed for Matthew and we wanted him to be involved in the process even further, Matthew and my team created a special bonus feature together to engage his interest. Our team and Matthew took three celebration photos together, and Matthew decorated the images with gifs. As a result, when Matthew gets over 25 points and wins, the GIFs he built pops up as a reward.

For the next iteration, only the alphabets will display on the block when he successfully beats the first level in order to add difficulty to the game. The current version is showing a symbol and letter on each block, and if Matthew likes, he can turn on/off a goalie that moves around to make the game more difficult for now.

It was a great privilege to meet someone like Matthew. He shared a lot of ideas. He sat next to us interested and engaged, asking questions during the design jam. He knew what he wanted and openly expressed his opinions. His feedback inspired us to create a better product. We sincerely hope he has fun learning the Morse code with this game, and make his communication more accessible with the Gboard.